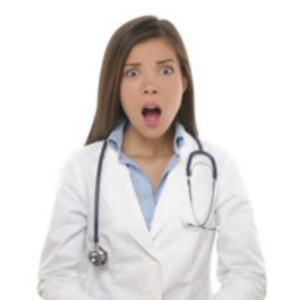 What are five ways that as physicians and doctors, we are sabotaging our entrepreneurial aspirations? Once you recognize these reasons, it might help you transition from doctor to entrepreneur. My plan is that these issues will help you recognize the problem and then deciding to do something about it. So let’s get started.

#1: We are trained to be risk averse.

We aren’t comfortable with uncertainty. We don’t like ambiguity. You know, we like having the opportunity to follow the conclusions of a double blind placebo study. But the definition of starting a business is you got to take on risk. Now the good news is, unlike in medicine, starting a side gig generally doesn’t involve life or death. It’s something that you have to be comfortable with every single day of our job as a doctor.

It really comes down to, understanding that you have to be comfortable with going outside of your comfort zone. It’s kind of nice to be in that comfort zone of the day to day doctor life. Being an entrepreneur, you can have to deal with some sleepless nights. You need to have to be able to deal with stress. It’s not for everyone.

I don’t like to sell. It’s not very comfortable. But obviously as a business you have to learn how to sell and not nobody wants to be that used car salesman. But as a doctor, one of the skills that you have is that you do sell. You sell every day. You are recommending to a patient to get that X-ray, get an ultrasound, take that medication, writing that prescription that you have to sell. It may not seem like you’re taking in money, but it is something that you’re doing to sell to them, to help their life, to help with their health. But there are ways that you can get around with selling. I think physicians, we can sell through education. You can create a webinar about your thoughts as a doctor. You can create some content.

Again, I don’t like doing that kind of stuff either. But if you show that you are someone who knows what they’re talking about, you’re ahead of the game. If you can provide value to others, there are ways that if they want to get to work with you, you want to make sure that your time is worth money. That’s how the world works. And again, it’s not our fault.

I’m going to say this again and again. Doctors and profiting does, doesn’t always mix. We know how the general public thinks of that. You know, physicians don’t like us to accumulate. And again, that those are kind of those inner things that we have that just physicians and money that we’ve always kind of struggled with. I’ve struggled with that myself. But selling is an integral part of a business. You’re not going to have a successful business if you’re not able to sell. If you want to become an entrepreneur, you have to be able to overcome this hurdle.

#3: We don’t like doing things out of the ordinary.

Most of us are followers. We are not leaders. Being an entrepreneur is against what most of us, aspire to do. We look down upon doctors who are on the fringes. They’re doing something against the ordinary. They might be listed on these medical boards or they get in trouble. And as entrepreneurs, if you have want to provide some solutions to problems that have been existing, sometimes you have to go outside of the box, right?

You have to do something new and innovative. And many people are not comfortable with that. When I wanted to leave my job working full time in primary care, they didn’t approve it. When I speak at conferences about entrepreneurship, I’ve had push back from these conferences.

They’re like, “Hey, we just want a doctor that writes prescriptions, makes sure they’re following HIPAA, works on their ICD 10 code, and make sure they’re coding correctly. We don’t like doing things outside of the box. We don’t like doing things outside of what we’re doing.” If you wanted to become a doctor, we had to do well in college, either doing premed, we had to do volunteer work, we had to get great MCAT scores, AND get great personal statements. Then we’d go into medical school, you know, do well on our board exams and then go into the residency. Everything was done step by step.

In entrepreneurship, there is no real step-by-step. There ARE different ways that you can build successful businesses, but there’s no step-by-step way.

Another thing about doctors is that we love to have initials behind their name. If you want to go into business, I want to do it the right way, right? You need to get that MBA. I’ve argued you don’t need to have an MBA unless you want to become like a hospital administrator or something like that. Perfectly fine. But if you want to have a successful business, I don’t want you to be spending money for two years just because you think you need an MBA.

I’ve known many multimillionaires with successful businesses that haven’t even graduated college or even attended college, let alone have an MBA to become a doctor. But you have to understand that if you want to live on your own terms and become your own boss, you have to make a decision. Am I going to be someone who is going to find my own dream? Or am I going to be working on someone else’s dream? There’s nothing wrong with it. Just know that as an employee, you’re fulfilling someone else’s dreams.

#5: It isn’t worth leaving your role as a doctor.

As doctors, we generally make pretty good money. And you know, we know that through research that most people are motivated by pain or avoidance of pain, than actual pleasure.

So an idea that you’re going to make around $200,000 and you might eventually make $500,000 in most cases, that’s pleasure. That’s something that is not as motivating as… Losing your job for something you don’t need skills for. And starting a business is the only way to build up an income.

When I went and I left my job, the pain was knowing that I wanted to be somewhere different, so I knew I needed to get out of that situation. I was in an area of my life where I was surrounded by a lot of negativity. For me, the urge to get out was great for me to help me start up my businesses.

We’re comfortable to just join a Facebook group with entrepreneurs and see what other people are doing and then following. But we’re not really invested into it. People are not really engaged into it and that’s okay. There’s nothing wrong with it. Sometimes we like to live vicariously through what other people are doing. There are some people thinking that, “Someday I’ll start a business and someday I’ll work on creating a blog. Someday I’ll start that side gig!” They never get off that Sunday Island. You just need that push.

If you want to grow and you want to build your own dream, it’s through entrepreneurship. You need to become more risk averse and you need to be able to identify these problems that you inherently as a doctor you have that are stopping you from becoming a and starting your own business. 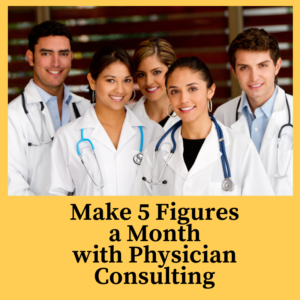